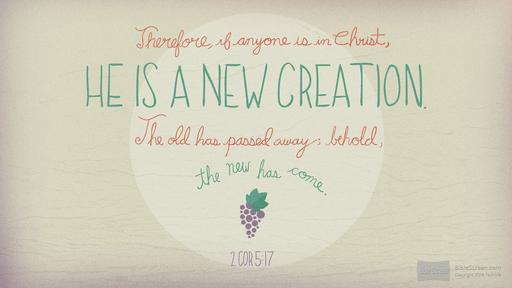 Interesting scripture I must say. From now on we recognize no one according to the flesh. I’m sure we all of read that and maybe thought about it but quickly finished our bible reading for the day. Forgive my sarcasm :). I’ve read it plenty times but I love when God highlights the scripture. Holy Spirit Sharpie Highlighter! Anywhoo… So what does Paul mean by this? I immediately think of 1 Cor. 6:11 which states: “Such were some of you; but you were washed, but you were sanctified, but you were justified in the name of the Lord Jesus Christ and in the Spirit of our God.“ Paul was recognizing them for who they are and not what they were doing. How many of us are trying to crucify the flesh or die to self? And no matter how much we do, we aren’t reflecting that truth. Ever hear of Phantom Pain or Phantom Limb Syndrome? Get this: people are operating out of something that isn’t there. Something that has been cut off. Something that is no longer a part of them. I researched(if you could call it that) phantom pain/limb syndrome and there are reports of people still feeling the limb and even gesticulating with the phantom limb while talking. I mean in no way to offend amputees btw so please don’t think I’m making light of actual people experiencing this. I say this because the thought occurred to me that if humans can walk and operate like they still have a limb that isn’t there that Christians still operate in something that isn’t there. This is what I like to call Phantom Flesh Syndrome. Now I’m getting off track…which happens when I blog. More on Phantom Flesh Syndrome on a later post.

Back to what I was saying before. The Kingdom is an inner man, spiritually discerned, God breathed life and outlook. We cannot recognize others based on what is dead. We need to call to life or call to a realization of what is already alive. Kingdom looks beyond the veil of flesh into the inner man created in God’s image(read previous Mirror Mirror post). I do not mean we do not acknowledge falling short of our brothers and sisters but we do not recognize as that action because it is no longer the core of who they are. There may be some root issues to deal with but at the core it is not who they are. Paul was pointing out these issues but countered it by saying, “such were(past/dead) some of you but you were washed/sanctified/justified.” You are no longer what you were.

I like how Paul thinks. Grace upon grace. He didn’t recognize them according to the flesh but spoke on their identity. That is why New Testament prophecy is about one who prophesies for edification and exhortation and consolation. That is directed at the same church! How many of us prophesy our words of knowledge? Did you know there is a difference? That is also for another post. Where is the light in an individual? The Divine spark present? Are you mirroring back the negative dead stuff or the alive Kingdom stuff? Are you calling people higher or just exposing what the blood has covered/washed away? No matter the person Christian or Pre-Christian they are created in God’s Image. Are we muddying up the mirror or washing it for people to properly see the image of Him who create them? How do you recognize people? By their sin or by their Redeemer? These are all question we need to ask ourselves when relating to people. Most importantly how did Jesus see those the religious deemed Image-less?

Follow As He is…so are we on WordPress.com
Join 1,843 other subscribers